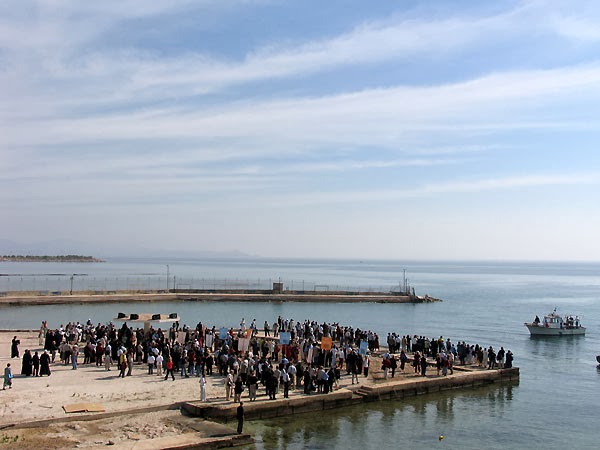 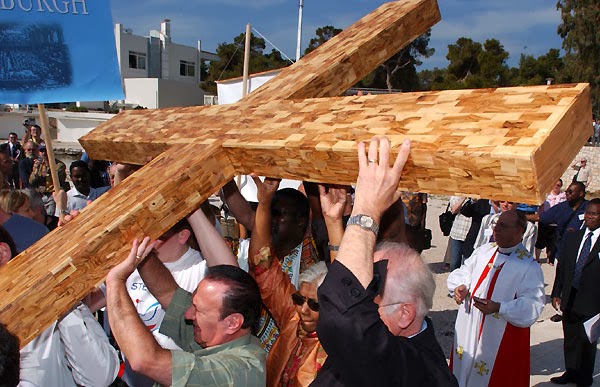 On the morning of May the 10th, 2005 I was standing on the shore at a conference centre just out of Athens watching a boat arrive. I had no idea that this was the beginning of a much larger story for me, where my journey would intersect with the journeys of so many others. As the boat drew closer we could see a large wooden cross on board. To the sound of African talking drums, nearly 600 participants in the Conference on World Mission and Evangelism, received it and prayed together. The 5-metre-high cross, handcrafted in Jerusalem, contained wood salvaged from olive trees in Bethlehem cut down in the building of the wall separating Israel from Palestine. It was a symbol of reconciliation and healing, and of churches standing in solidarity with Christians in the Middle East. 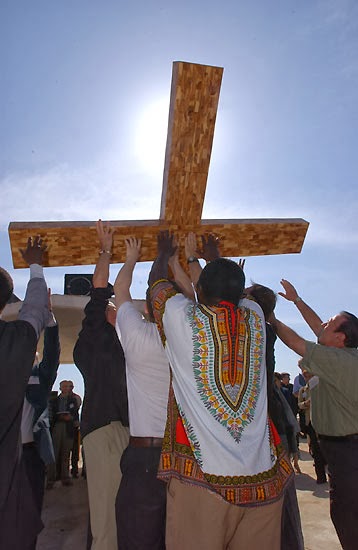 I must admit, at the time, I didn’t have a clue what was happening in Israel. Keeping up with current affairs had never been a strong point of mine. I knew there were problems, but couldn’t have told you anything about the separation wall and what that meant for the people. Despite my ignorance, however, I came away from that conference knowing I had experienced something meaningful and an event that would hold great weight in my life. Momentarily, my journey had touched the journey of Christians in Palestine. 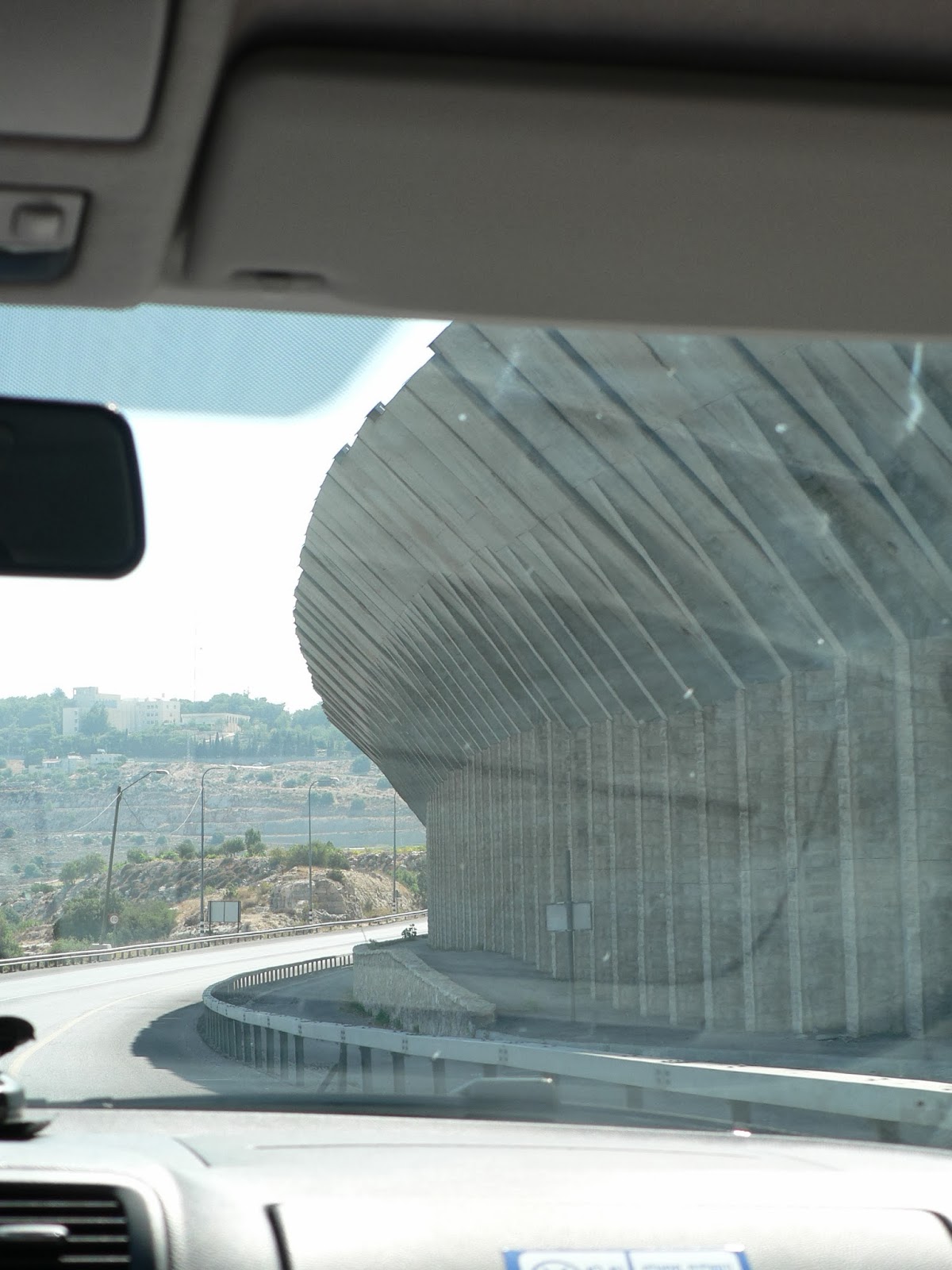 Nine years on, in August this year, I found myself in Jerusalem. Our day trip to Bethlehem was with a Palestinian taxi driver. On the way there, he explained what life was like for his people many of whom struggled daily with Israeli checkpoints and living behind a separation wall. There was no bitterness as he told his story. He simply told us about his life and trusted that God was with him. As we drew closer to Bethlehem a mountainous wall appeared. In fact I struggled to call it just a wall – it was a barrier created out of fear. This was where the cross in Athens came from. It was real. The stories came flooding back and all of a sudden made sense.

I must say the Christmas story has had a different feel to it this year after visiting modern day Bethlehem. The stylized images of the nativity and shepherds in their fields have become a little less glossy after seeing the Jewish settlements built over Shepherd’s fields. Instead the hardship and the desperation of the Christmas story seems more stark as the story somehow repeats itself again and again in the stories of people today.